The Milwaukee and Northern Railway Historical Society (MNRHS) was founded in 1964, to perpetuate and share the history of one of Eastern Wisconsin’s and Upper Michigan’s historic railroads.

The Menasha Branch, which runs from Hilbert Junction, Wis., to Menasha, Wis., was completed in 1871. The branch was extended to Appleton in 1880 and Neenah in 1881. 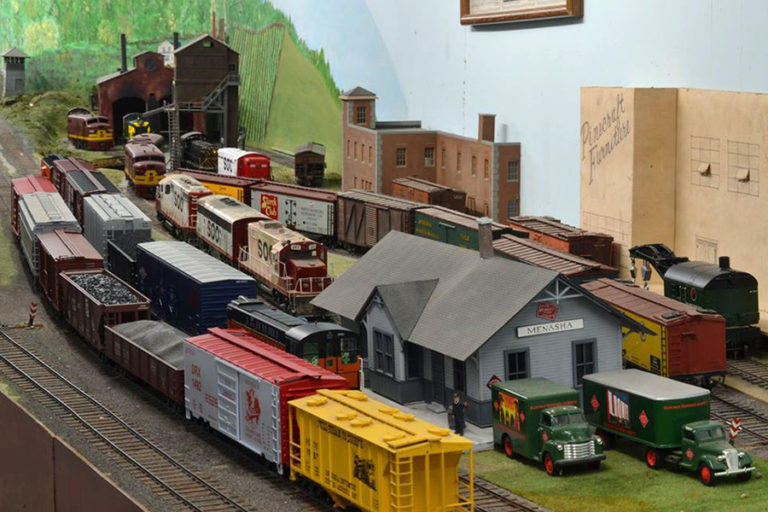 The scene near the Menasha depot on the MNRHS’s model railroad on 9 December 2019. Photograph by Richard Hopfensperger.

The former M&N Neenah depot, now the home of the Milwaukee & Northern Railway Historical Society (MNRHS), a.k.a. the Neenah-Menasha Model Railroad Club (NMMRRC), as it appeared in December of 1961 when it was still owned by the Chicago, Milwaukee, St. Paul & Pacific (CMStP&P), or Milwaukee Road (MILW). Photograph by Larry Easton, co-founder of the MNRHS.

The public is welcome to stop by and check us out. We hope that some visitors will consider joining our Society.

Be advised that meetings may be cancelled with little or no notice, due to weather conditions or other, unforeseen circumstances. 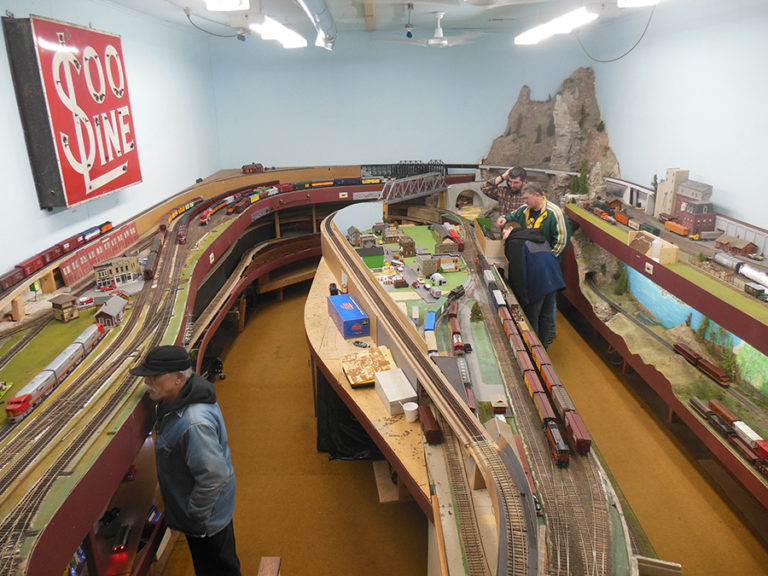 A scene from the annual open house of the MNRHS on 15 December 2019. Photograph by Tom Bruss.

UPDATE – Reminders of the Appleton Branch

The Reminders of the Appleton Branch page of our web site has been updated. Ten new photographs and related information regarding the former Appleton swing

We have added a new page to our web site to highlight our 2022 Open House. Wally is interviewed by WFRV during our open house

Our 2022 open house is in the record books. We had a great time entertaining at least 100 visitors over the weekend of 3 and

Our annual open house was just featured on the WFRV 10 o’clock news. Wally and two of our visitors were interviewed. Check out their web