Our Home - The Milwaukee & Northern Depot at Neenah, Wis.

The Home of the Milwaukee & Northern Railway Historical Society 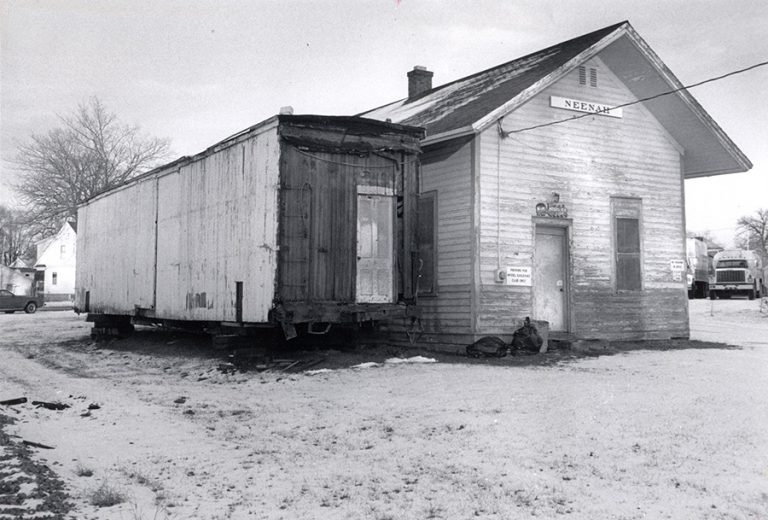 The former M&N Neenah depot, home of the MNRHS, and MWW 206 circa 3 December 1987. Photograph courtesy of the Neenah Historical Society.

The home of the MNRHS was built by the Milwaukee & Northern (M&N) in 1882, completed in December of that year.

The MNRHS signed a lease with the Milwaukee Road (MILW) for the depot, which they no longer needed, on 1 March 1964.

In the photograph above, Menasha Wooden Ware MWW 206 stands on cribbing in front of the depot. In the summer of 1987 (or was it 1986?) several club members, myself included, led by Stanley Bye (co-founder of the MNRHS), attempted to rescue a pair of forgotten and forlorn Menasha Wooden Ware boxcars, with the hope of restoring them.

One had been used as a shed at an automotive repair shop near the intersection of S. Commercial St. and E. Cecil St. in Neenah. I don’t recall where the other one was found, but it was also used as a shed. One was moved to our depot, the other was moved to a farm off of Hwy. A, south of Neenah.

We were forced to remove MWW 206 in the 1990s, after one or more neighbors complained that it was unsightly. I don’t know the fate of the other one, but it is no longer on that farm.

The MNRHS depot contains an interesting and historic relic, a very unique, old toilet (or what’s left of it). We haven’t had water or sewer service since at least 1982, when I first joined, so the bathroom is just a storage room. Several years ago, a couple of well-intentioned, but misguided, members decided to remove the tank, supply line, and toilet seat. Seeing as the toilet had not been used for many years, they thought they could free up more storage space.

I had always been intrigued by its unusual appearance, but didn’t give it much thought until the summer of 2020, when I decided to try to learn more about it. In June I cleared out the bathroom in order to photograph the remnant of the toilet. I hoped to find some identification stamped or embossed on the metal, but no such luck.

I asked Wally, our president, what he knew about it. He called it a shotgun toilet. He remembered that the tank would fill with water when the user sat on the spring-loaded seat. When the user stood up, the seat would raise and open the flush valve.

After many hours of scouring the internet, I was thrilled to finally learn that our privy is a Vogel Frost-Proof Water Closet. More specifically, a Vogel Frost-Proof Outfit No. 1, according to the 1923 catalogue of the Joseph A. Vogel Co. which I found. Scroll down to see an extract from that catalogue. 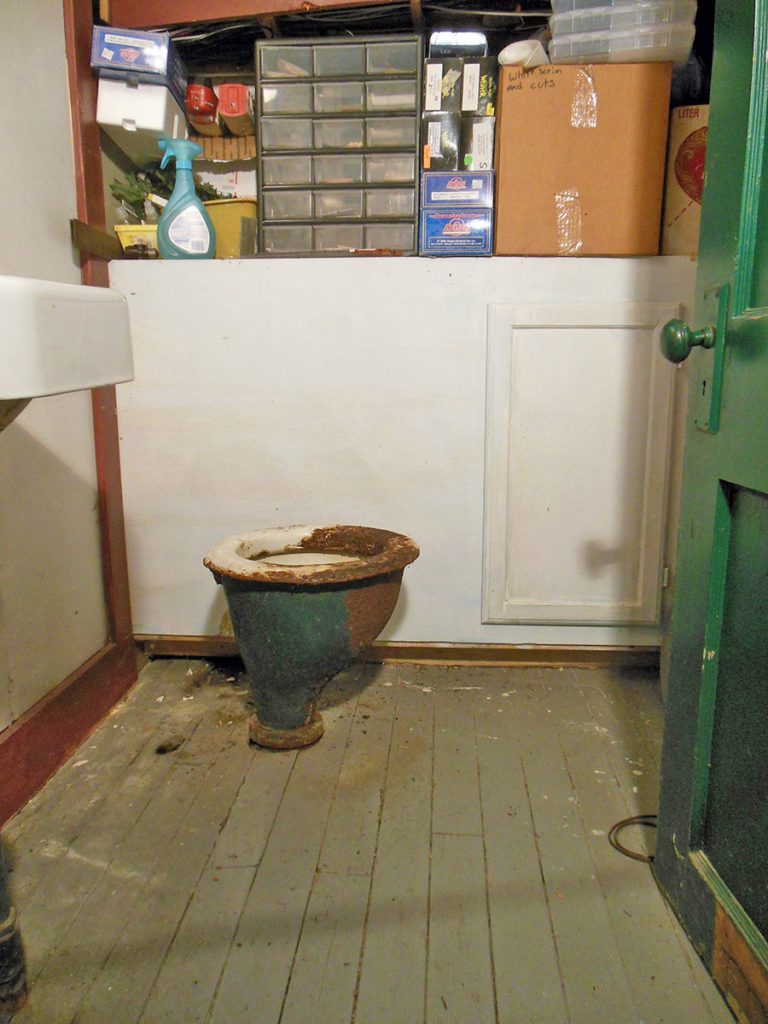 The remnant of our Vogel Frost-Proof Water Closet at the home of the MNRHS, the former M&N Neenah depot, on 18 June 2020. Photograph by Tom Bruss. 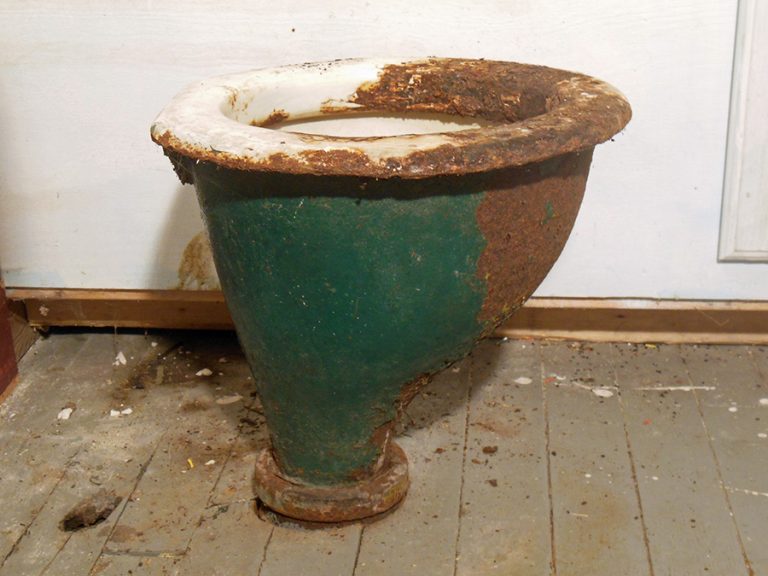 Close-up of the remnant of our Vogel Frost-Proof Water Closet at the home of the MNRHS, the former M&N Neenah depot, on 18 June 2020. Photograph by Tom Bruss. 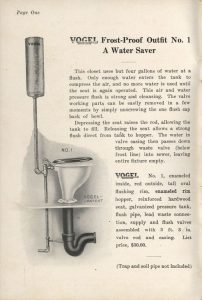 Illustration and description of the Vogel Frost-Proof Outfit No. 1, from a 1923 catalogue of the Joseph A. Vogel Co.

I have noticed a few of these toilets can be found on the internet, selling for $750 to $1,000. Oh, how I wish those well-intentioned, but misguided, members had not destroyed our unique, historic privy.