This section of our web site will accumulate historic information and photographs related to the Milwaukee & Northern (M&N). It will also endeavor to cover its successor, the Chicago, Milwaukee & St. Paul (CM&StP), or Milwaukee Road (MILW). These buttons will take you to the several sub-sections for the Prototype Railroad. Scroll down to read an abridged history of the M&N.

A Brief History of the Milwaukee & Northern Railroad

The Milwaukee & Northern Railway Company (M&N) was granted a charter by the Legislature of Wisconsin on 24 February 1870.

In 1871, 79 miles of track were laid from Cedarburg to Hilbert Junction, Wis., and from there to Menasha, Wis. (the Menasha Branch).

Construction continued from Hilbert Junction in a northerly direction for 27 miles to Green Bay, Wis., where the first M&N train arrived on 19 June 1873.

In 1874, the M&N constructed a bridge to cross the Fox River in order to extend their tracks from Green Bay into Fort Howard, Wis.

The M&N constructed a 4.7-mile branch line from Menasha into ‘the Flats’ at Appleton, Wis., in 1880 (the Appleton Branch). 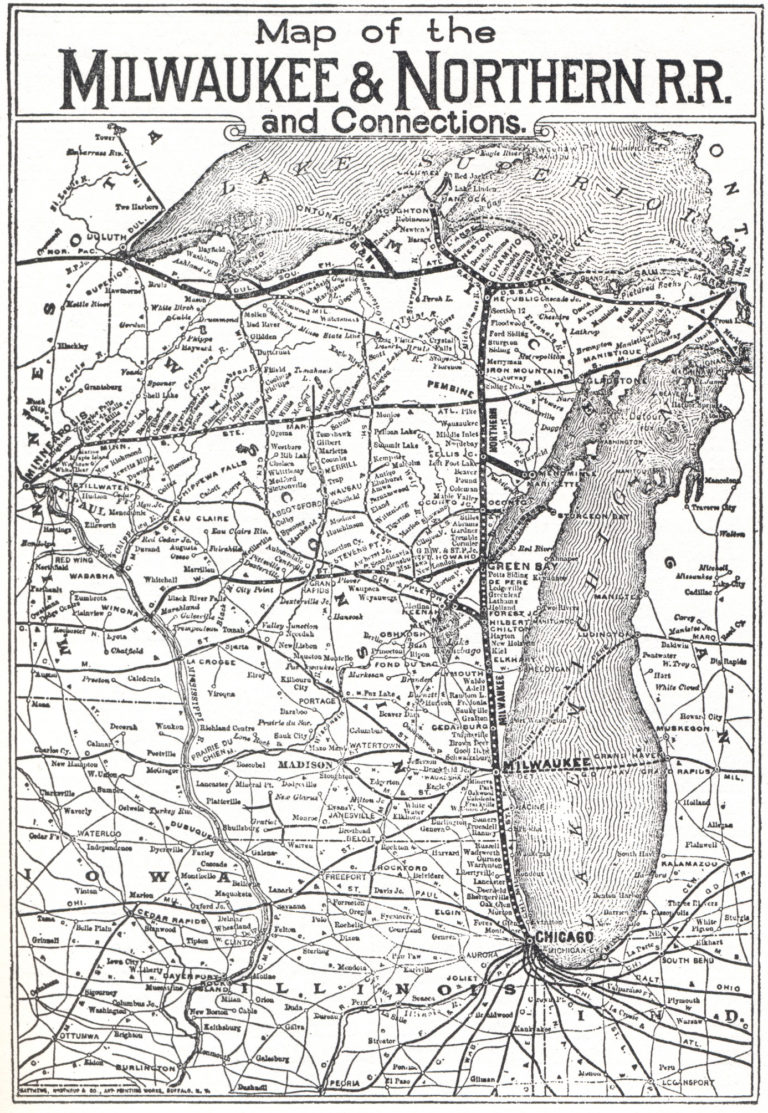 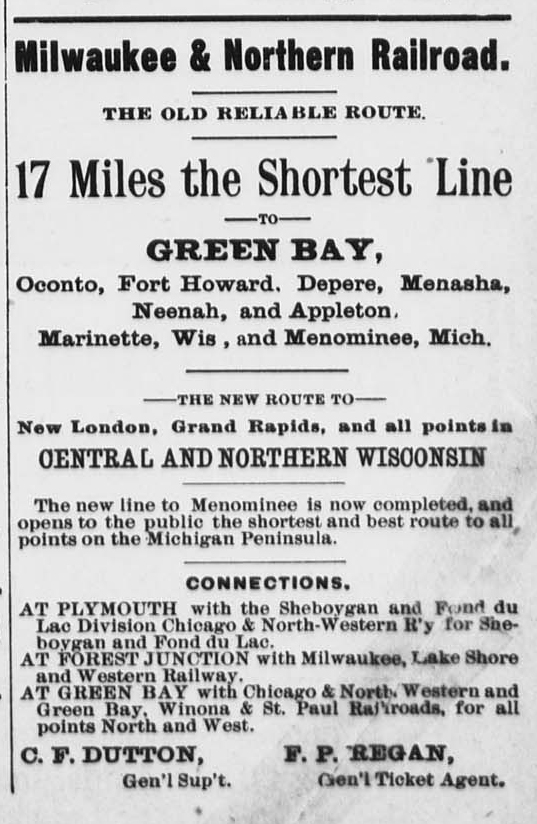 Fifty-eight miles of track were laid from the Menominee River to Champion, Mich., in 1887.

Construction of the main line continued northwestward, until the M&N reached the shore of Lake Superior at Ontonagon, Mich., in January of 1893.

Technically, the M&N reached the shore of Lake Superior on 1 October 1889, when the Ontonagon & Brule River (O&BR) extended their line from Rockland, Mich., to Sidnaw, Mich. The O&BR had been controlled by the M&N almost since its inception. M&N passengers and freight could then travel from Champion, Mich., to Sidnaw via the Duluth, South Shore & Atlantic (DSS&A), and then from Sidnaw to Ontonagon via the O&BR. The year of 1893 is given here as the date the M&N reached Lake Superior because that is when their passengers and freight could make the entire trip from Milwaukee to Ontonagon via their own rails (after their main line was extended from Channing, Mich., to Sidnaw). Scheduled train service commenced on 1 January 1893.

Thankfully (in the hearts and minds of railroad enthusiasts like us) most of the historic M&N right-of-way still supports active rails. While not quite as active as train nuts like us would hope, the majority of the line is currently served by the Canadian National (CN), Escanaba & Lake Superior (E&LS or ELS), and Wisconsin & Southern (W&S or WSOR) railroads.

Three new photographs and additional information have been added to the Main Line – Menominee River to Ontonagon page. The former CM&StP, or MILW, depot at Randville,

We have set the dates! Our 2022 open house will be held 3 and 4 December 2022. Additional details will be posted to our Open

Three new photographs and additional information have been added to the Main Line – Menominee River to Ontonagon page. The former M&N depot at Iron 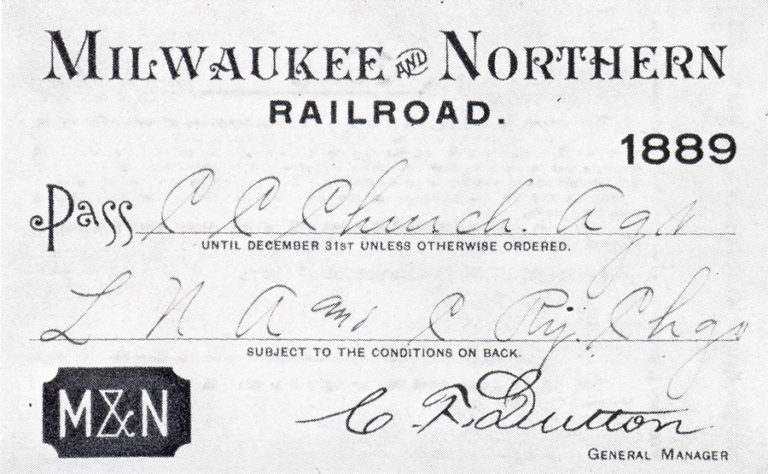