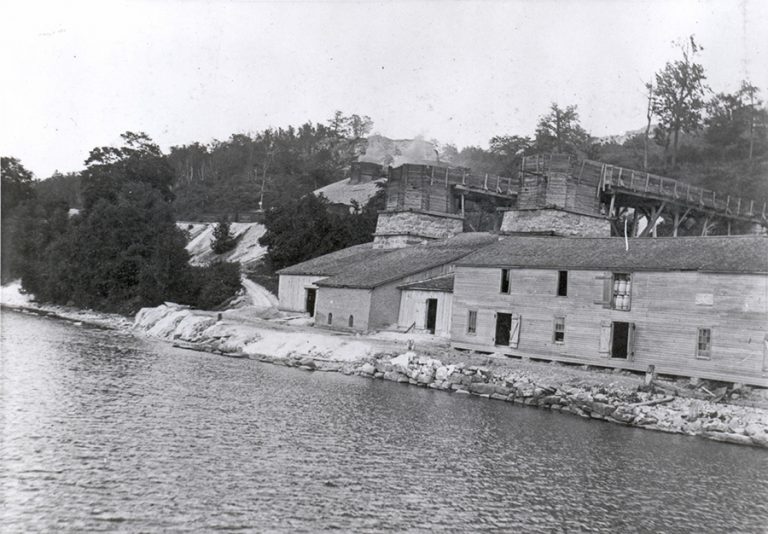 Looking east toward the Cook & Brown lime kilns at High Cliff, Wis., from a boat on Lake Winnebago circa the 1890s. The lime produced by these kilns was transported across Lake Winnebago by ships, and over land via the M&N. A couple of boxcars can be seen near the upper kilns, partially visible in the background. Photograph courtesy of the Neenah Historical Society. 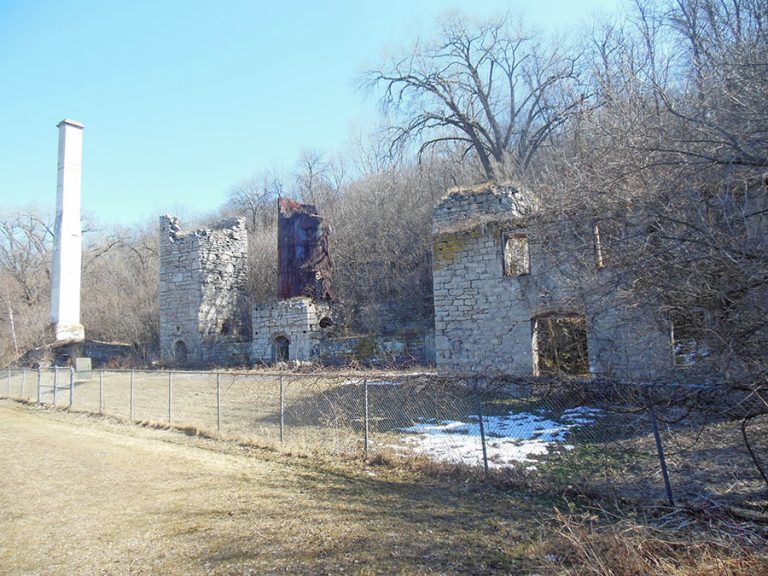 Lime kiln ruins at High Cliff, Wis., on 20 March 2021. These are the upper kilns depicted in the background of the photograph to the left. Limestone quarrying, and later lime burning, was established here ca. 1855 by the J. A. Day & Co., later Cook, Brown & Co., later Cook & Brown, later Union Lime, later Western Lime. The latter company closed the operation in 1956. This facility was served by the M&N, and later MILW, from 1891 to 1956. Photograph by Tom Bruss. 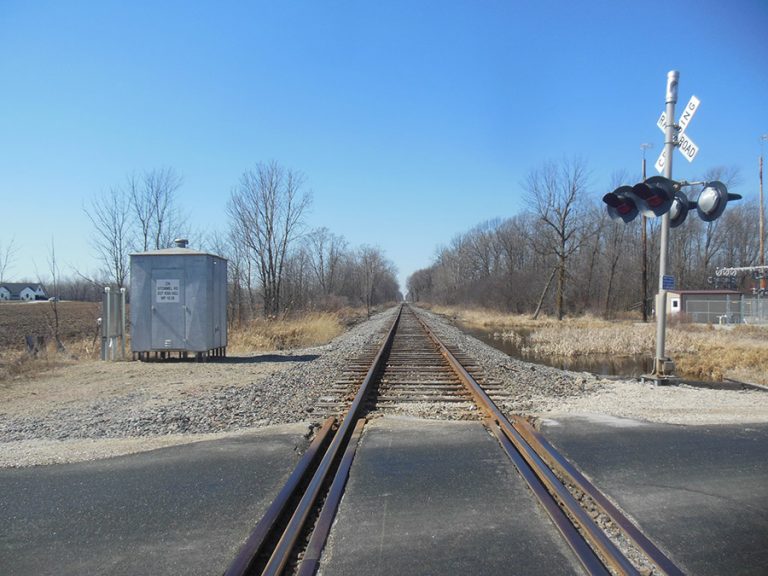 Looking northwest along the former M&N Menasha Branch toward High Cliff Junction from Stommel Rd. at the Town of Harrison, Calumet Co., Wis., on 20 March 2021. The turnout was located approximately 900′ from the road. This line was originally laid by the M&N in 1871. It is currently operated by the Canadian National (CN). Photograph by Tom Bruss.