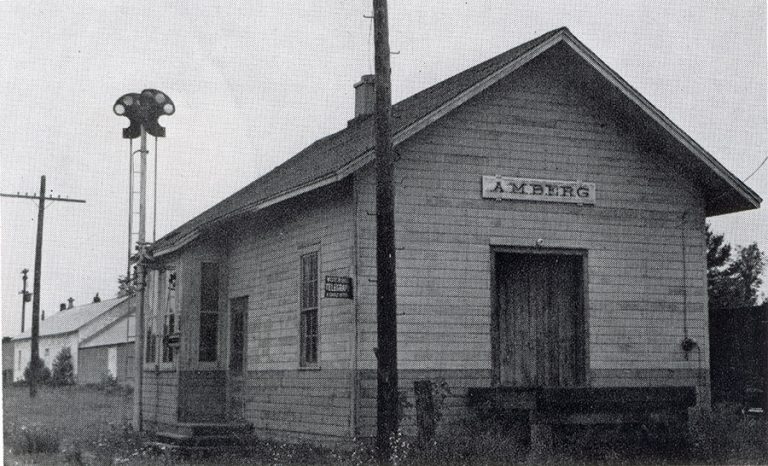 The remaining half of the circa 1884 M&N depot at Amberg (originally Pike), Wis., photographed circa the 1960s, when it was owned by the Chicago, Milwaukee, St. Paul & Pacific (CMStP&P), or Milwaukee Road (MILW). This view is looking north from Coleman Ave./Hwy. V. The Mathis Hardware & Lumber facility stands in the background to the left. Photograph from the collection of Larry Easton, co-founder of the MNRHS. 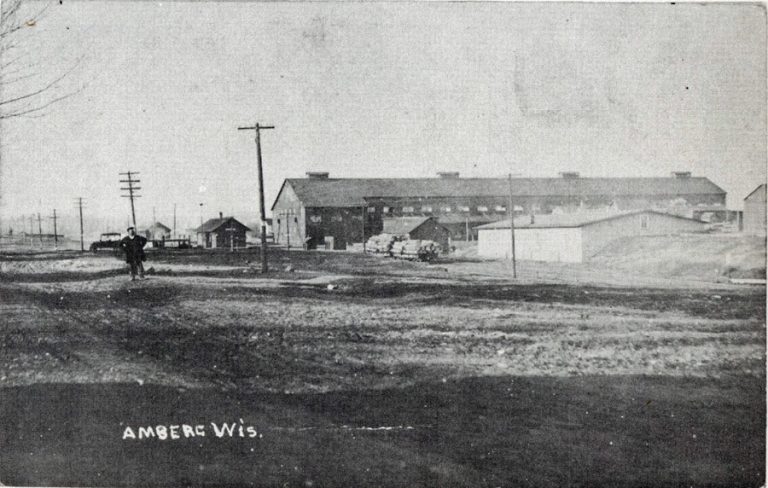 A view of the circa 1884 M&N depot and nearby railroad customers at Amberg (originally Pike), Wis., circa 1912, when the line was owned by the Chicago, Milwaukee & St. Paul (CMSt&P), or Milwaukee Road (MILW). The depot is miniscule compared to the massive stone shed which dominated the skyline and industrial history of Amberg for 34 years. The 100 x 400 foot stone shed was erected by the American Granite Company (later Amberg Granite Company) in 1888 (some references state 1891). It was claimed to be the largest stone shed in the world at the time. The stone shed was razed in 1922. The white building to the right is a potato warehouse built in 1911 by the partnership of L. Starks, Mahaffey & Co., and O. B. George. In that first year of its operation, seventy-five carloads of potatoes where shipped from that warehouse. The potato warehouse was later owned by Starks-White, later O. G. White, later A. M. Penny. This view is looking north from the intersection of Dutton Rd. and Spencer Ave. Photograph from The History of Amberg by Carol Allen, et al., Local History Collection, Stephenson Public Library. 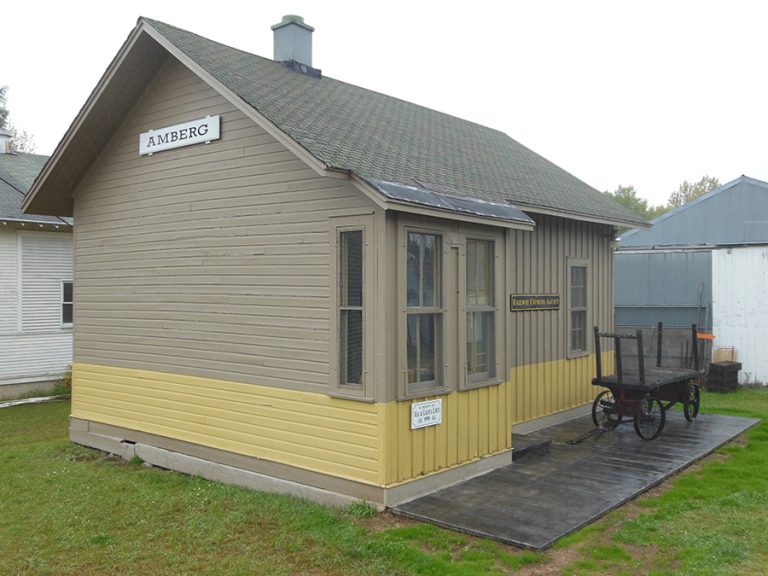 The remaining half of the circa 1884 M&N depot at Amberg (originally Pike), Wis., on 1 October 2014. The depot stood east of the main line on the north side of Coleman Ave. It has been moved to Amberg Museum Complex, N15065 Grant St., Amberg, about 2 1/2 blocks southwest of its original location. Photograph by Tom Bruss. 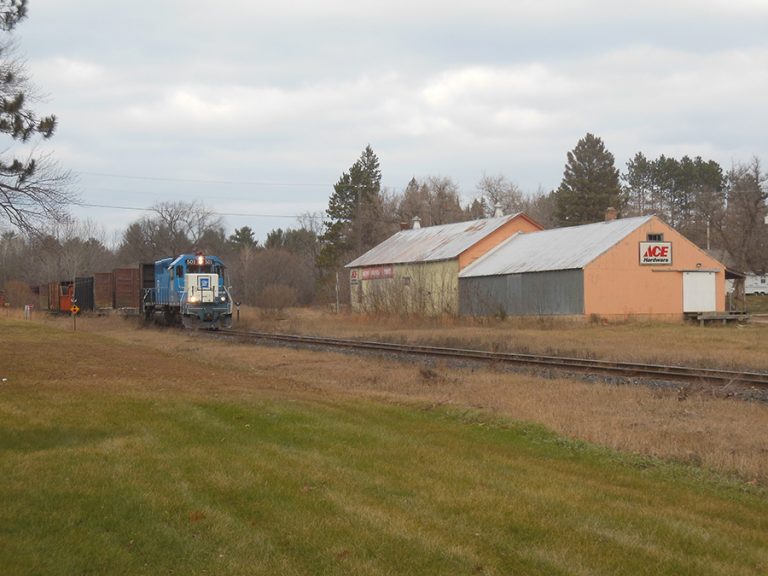 An E&LS train crosses Amberg Rd. as it pulls 32 cars southeast via the former M&N main line at Amberg (originally Pike), Wis., on 27 November 2020. The train is led by ELS 501, built in July of 1973 as Milwaukee Road MILW 22. It is a treat to encounter a former MILW locomotive plying former MILW rails. The depot stood east (right) of the main line on the north side of Coleman Ave. It has been moved to Amberg Museum Complex, about 2-1/2 blocks to the southwest. Part of the Mathis Hardware & Lumber, Inc., facility stands to the right. The business dates to December of 1946, when James D. Mathis established a hardware and feed store here. The company is currently owned and managed by his son and grandson. The facility used to receive rail service, but it doesn’t look like it has for quite a while. Photograph by Tom Bruss.